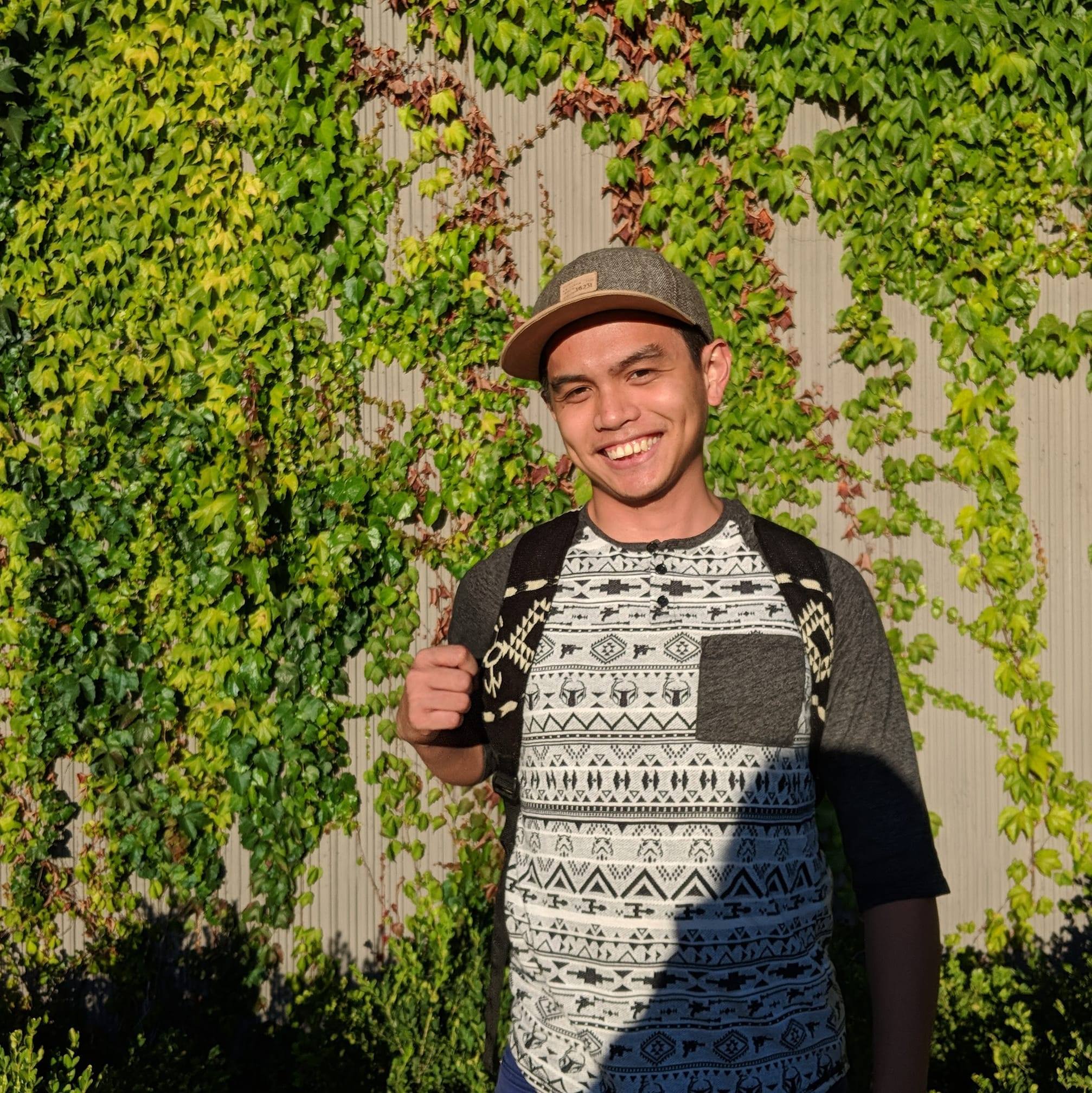 Growing up, Alex Quijano loved the idea of building and fixing things and wanted nothing more than to be a carpenter. That ambition lasted “until college when I realized I don’t like manual labor, (but) after a series of math and computer science classes I realized that I can ‘build and fix’ through mathematical sciences.”

Alex is currently a Ph.D. student with the School of Natural Sciences’ Applied Mathematics program. His research focuses on applying mathematical methods to analyze and model linguistic evolution phenomena “to process and analyze large-scale digitalized text in multiple languages.”

It wasn’t always smooth sailing for Alex to get where he is now. He frequently struggled both academically and personally while in pursuit of his goals.

As a child growing up in the Philippines, his introverted and shy nature subjected him to bullying and prevented him from participating in class. His competitive family environment was also a strain. His parents urged him to study biology and go into a ‘high demand’ profession such as nursing or teaching. Alex found the strength to resist those expectations in order to follow his own dreams and study Applied Mathematics and Data Science.

Though he chose to follow his own path, life did not fall seamlessly into place. “Learning is fun and I love it, (but) I struggled academically in most subjects almost always. The academic struggle that I experience is caused by a number of factors such as anxiety, depression, and low self-esteem.” Despite the struggle, Alex found it within himself to stay afloat and keep pursuing his dream. “I always tell myself what Bob Ross used to say, ‘gotta have a little sadness once in a while so you know when the good times come.” He also credits his support network for getting him over the bumps in life. “I got through my struggle as a student and as (a) person because of the unending support from only a handful of people in my life, most are women. They are incredibly supportive and shaped me into what I am today.”

Within the next two years, Alex plans to receive his Ph.D. and begin working in the Data Science industry.

When asked what advice he would give an undergrad student encountering similar struggles, Alex advised “Don't be afraid to fail. If you fail, it's not the end. It's only the beginning of learning. Don’t give up. I [seek] help from my professors, classmates, friends, and family whenever I struggle academically. I also took advantage of the resources that my University offers, such as free tutoring and office hours. Without them, I wouldn't be where I am now.”