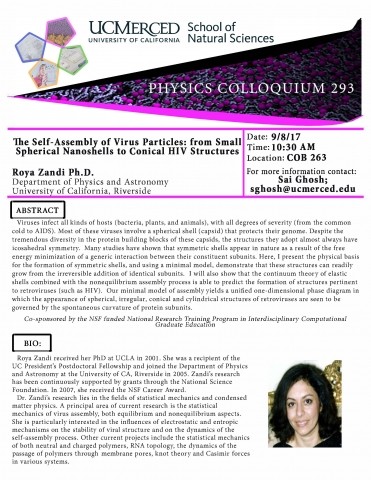 Viruses infect all kinds of hosts (bacteria, plants, and animals), with all degrees of severity (from the common cold to AIDS). Most of these viruses involve a spherical shell (capsid) that protects their genome. Despite the tremendous diversity in the protein building blocks of these capsids, the structures they adopt almost always have icosahedral symmetry. Many studies have shown that symmetric shells appear in nature as a result of the free energy minimization of a generic interaction between their constituent subunits. Here, I present the physical basis for the formation of symmetric shells, and using a minimal model, demonstrate that these structures can readily grow from the irreversible addition of identical subunits. I will also show that the continuum theory of elastic shells combined with the nonequilibrium assembly process is able to predict the formation of structures pertinent to retroviruses (such as HIV). Our minimal model of assembly yields a unified one-dimensional phase diagram in which the appearance of spherical, irregular, conical and cylindrical structures of retroviruses are seen to be governed by the spontaneous curvature of protein subunits.