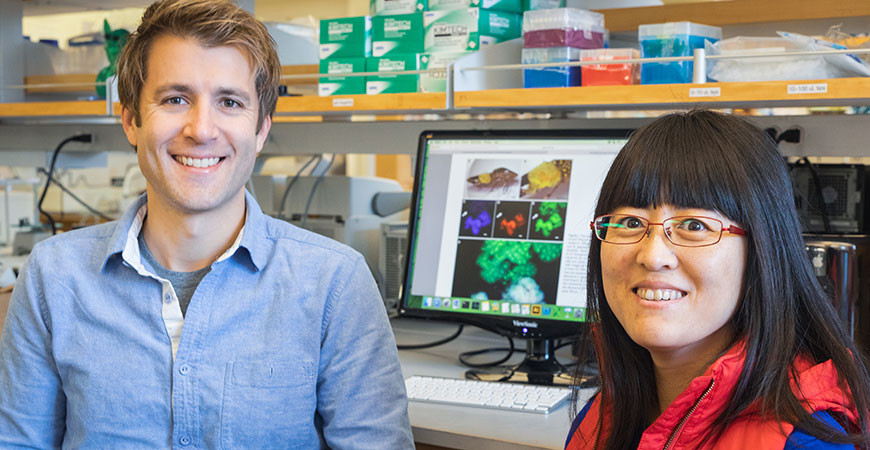 All complex life evolves in alliance with, in defense of or in reaction to bacteria.

A new paper by UC Merced Professor Gordon Bennett demonstrates one of the novel ways the relationship can evolve and begins to repaint a picture that humans have only begun to understand.

Bennett’s research, published recently in the Proceedings of the National Academy of Sciences , shows that over millions of years, leafhopper insects have evolved an extremely deep, complex relationship with two bacteria that live inside them.

Without this symbiosis, neither the bacteria nor the leafhoppers could live.

“This is a 300-million-year-old relationship,” said Bennett, an evolutionary biologist. “This is so ancient, it guided the diversification of these insects.”

Like most creatures, leafhopper insects rely on bacteria to carry out metabolic tasks that the insect cannot perform on its own. Until recently, though, there has been little study of what the host leafhopper provides to its beneficial guest bacteria.

The bacteria rely on their leafhopper hosts because they have lost 90 percent of their own genomes over the eons, and the leafhoppers rely on the bacteria to produce the 10 essential amino acids they need but cannot get from their plant sap-only diets.

Turns out that what the bacteria have lost over the millennia, the leafhoppers have gained. 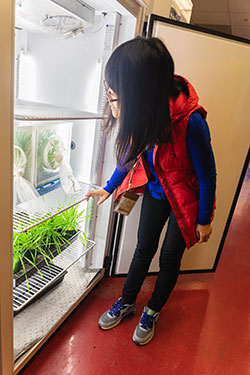 For example, the bacteria cannot copy or repair their own DNA, nor can they turn DNA into RNA and turn the RNA into protein. They are simply missing the genes that allow these processes — considered essential for all cellular life — to take place.

Bennett, with the Department of Life and Environmental Sciences in the School of Natural Sciences , and postdoctoral researcher Meng Mao have shown that the leafhoppers now carry those genes, in part because they were infected by other bacteria millions of years ago, and those bacteria left traces of themselves that were absorbed into the leafhoppers own genome. The leafhoppers have essentially taken DNA from other invading bacteria and recycled it to support their bacterial buddies.

The leafhoppers also repurposed some mitochondrial genes — from an even more ancient symbiosis that predates this one by more than 1 billion years — to help the bacteria, as well as producing massive duplications of genes in their own genome. These duplicated genes have evolved new functions to replace those that the two bacterial partners cannot produce on their own.

The leafhoppers’ bacteriocytes — special cells in their bodies where their bacterial partners live — have become similar to internal organs in that the bacteriocytes have evolved to perform specific functions related to cultivating and harvesting nutrients from these bacteria. In fact, even though the genes that keep the bacteria alive are found in every type of cell in leafhoppers, these genes are only active in bacteriocytes.

“The leafhoppers have to keep the bacteria alive at all costs,” Bennett explained.

What makes this particularly interesting is that often, one host and one bacterium co-evolve together. In this case, though, it’s one host and two bacteria, and somehow, Bennett said, the host integrates all of this into a whole, functioning system.

“We live in a microbial world,” Bennett said. “We’re only beginning to uncover the extent of this.”