To mark the occasion, UC Water released its second video for the UCTV Sustainable California channel. “Knowing Our Water — The UC Water Academy Journey” tells the Academy’s story from the perspective of students and faculty members who participated in the inaugural year, and gives viewers a glimpse into the inner workings of California’s water systems.

Launched in 2017, UC Water Academy is a 12-week course open to undergraduate and first-year graduate students at all UC campuses. The course is led by UC Merced Professor Joshua Viers and UC Berkeley Professor Ted Grantham and has grown to include geomorphology specialist and UC Davis Project Scientist Sarah Yarnell.

“Students really jump in and learn the intricacies of California water,” said UC Water Director of Communications and video author Leigh Bernacchi. “Academy students learn things that would take a really long time to learn on the job. You wouldn’t get this kind of classroom and field training any other way.”

The Academy includes an online discussion component in which students learn the essentials of California hydrology, water management and about pressing state water issues. But for many in the Academy, the highlight is the nine-day field course through which students take an expert-guided tour of key water sites around the state — from source waters in the Sierra Nevada to major downstream dams and reservoirs and finally to farms and cities that consume water.

And then there’s the three-day whitewater rafting trip. Last year’s class rafted the south fork of the American River, highlighted in the video. This year’s class will raft the Tuolumne River. 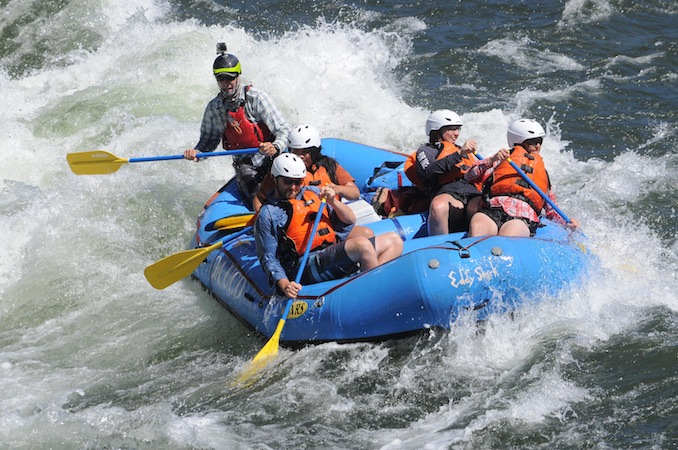 “To understand water, you need to get in the water. It’s the core of experiential learning,” said Viers, a former rafting guide. “For many students, this is their first time rafting and it changes their perspective on rivers managed for many uses, including recreation.”

“Knowing our Water” is UC Water’s second video about California’s water system. Last year, UC Water and UCTV released “Water in the Balance” — a five-minute video tour tracing the journey of California water from Sierra snowpack to Central Valley farms — a path similar to that traced by students in the Academy field course.

Viewers can watch both videos and subscribe for more on the UCTV Sustainable California website. More information about UC Water and the UC Water Academy are available at ucwater.org.